We recently had a chat with pop sensation Emma Bale. You can check out what we spoke about below.

What Do You Enjoy Most About Being A Musician?

“The thing I love about being a musician is that it never feels like work. I live a very happy life in which I can do what I love the most; making music. I love that my life is so unpredictable. Every new step in my career is always super exciting and I find myself very blessed to be able to do what I do.”

Which Track Of Yours Means The Most To You?

“For me ‘Cut Loose’ and ‘All I want’ mean the most to me. ‘All I want’ was the very first song I ever released so it’s always been an emotional one for me. I never expected to get such a response on it as we just recorded it without any further plan, just for fun and I can’t believe all the things that happened after and because of that song. ‘Cut Loose’ was the first song I released in a slighter different genre, which I was very nervous because I didn’t know how my fans or people would react.

“Also, the lyrics sound like it’s about a lover that’s not really good for you but you just can’t let ‘em go, but there’s a double meaning to it. For me, the lyrics are about me having to choose between genres. While all I want to do is just write music without any restrictions. So for me, the song is about letting go of those ideas and just do whatever I feel like music-wise. The song has been the start of a new era for me, and I can’t wait for everyone to hear the new stuff I’ve been working on which will be released very soon.”

The First-Ever Gig You Played, Can You Remember It? How Was It?

I remember it very clearly. It was in a city in Belgium called Leuven. It was an open mic night in a very small corridor with an audience of max 50 people and I remember being so nervous. My manager back then guided me on the piano. I only sang covers and one original because we didn’t have anything else. But there were several musicians there that I looked up to and they all congratulated me afterwards and I felt so good that night. I wanted to feel that again and now I get to do this for a living.

What Do You Think Is The Key To Success As A Musician?

“I know it’s cliche but I think it’s staying true to yourself. Although I started at only 14 I still am the same person. I evolved and my taste in music has grown with me but my friends and family and a lot of self-reflection helped me to stay to my true self. I started making music as a form of self-expression, it worked therapeutic for me and it still does. That’s basically the reason I make music and I think I’m just lucky a lot of the subjects I sing about are relatable and people like the sound of it. I think those two things are the most important. Knowing what you do it for and staying true to who you are.”

If You Wasn’t A Musician, What Job Would You Be Doing?

“I think I would’ve gone for interior architect or orthodontist. I’ve always been obsessed with shapes and making things pretty or prettier. I am still obsessed with braces and everything. But, I think if I’d start studying again I’d rather go for interior architecture as it is something I’m passionate about nowadays besides music 🙂 it’s my plan b, although I’ll never quit making music.” 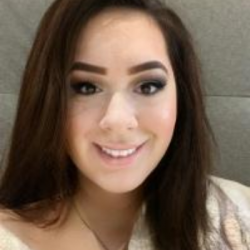 Alanis Hall
InterviewerEMAIL ME
Alanis spends her days chatting to the worlds greatest musicians. What a lucky gal she is.

Ariana Grande Is The New President Of The United States…

…well in her new music video anyway! Although a lot of readers may

Paul McCartney Is To Release New Album Recorded In Lockdown

Billie Eilish Will Be Releasing New Music Next Month

Cardi B ‘Accidently’ Shares Topless Pic, We Are Not So Sure!

Ed Sheeran Is Building A Forest In His Garden

Noel Gallagher Teams Up With Grime Heavyweight, Guess Who?

Knitting Is The New Sex, Drugs And Rock And Roll According To Ronnie Wood

Ed Was Ordered To Dye His Hair Black

Camila Cabello And Shawn Mendes Are Still In Love Despite Rumours